How Does A Scuba Diving Computer Work?

Dive computers are standard equipment today, but few divers actually know how they work and why they are so beneficial.

In this article, I’ll cover how dive computers work and how they can help keep you safe underwater.

How does a scuba diving computer work?

Diving computer calculate bottom time and depth limits in real time to reduce the risk of decompression sickness when scuba diving. They have a range of features to make diving safe & fun.

Did you know that the gift of modern dive computers is partly thanks to…goats?

Before the convenience of dive computers, researchers in the early 1900s developed dive tables to plan how long divers could safely remain at depth and avoid decompression sickness (DCS).

The Royal Navy commissioned John Haldane to work on this problem, and he experimented with goats to record their body’s reactions to pressure and nitrogen loading.

The tables that you may have studied in your dive certification course can be traced back to that early research.

What do dive computers do?

Dive computers are either a device you can wear on your wrist like a watch or are part of your regulator’s pressure gauge console.

They have a screen that displays information about your dive and buttons you can use to navigate the different features.

On a basic level, dive computers estimate how much dissolved nitrogen is in your body based on your depth and time underwater.

They use an algorithm similar to how dive tables work, but provide more nuanced and personalised figures to you on your dive, as they re-calculate No Deco Limits in real time according to the exact, multi-level diving profile.

All dive computers have basic features, like a real-time depth readout, dive time, and no-stop limit.

The no-stop limit – also called the no-decompression limit or NDL – is the amount of time you can remain at your current depth while still being able to ascend safely to the surface at any time.

That is to say, you won’t have to make a mandatory decompression stop if you don’t surpass that time limit. Dive computers constantly recalculate this limit based on your dive profile.

If you exceed your computer’s NDL, it will instruct you to make decompression stops for a certain amount of time at one or more depths before you can safely surface.

Because passing the NDL puts you at greater risk of DCS, some computers (looking at you, suunto) lock you out of diving for 24 hours after going into decompression mode.

Decompression stops are only meant for technical divers with advanced training.

An ascent rate monitor is usually standard as well, which tells you how fast you’re ascending and when to slow down.

Many computers also have an automatic safety stop timer that triggers when you reach a certain shallow depth and will start counting down from three minutes until you can fully ascend.

Dive logs are a convenient feature, and most computers will record at least your last few dives so you can scroll through the depth and time of your most recent dives.

Some dive computers allow you to decide how conservative you would like its estimates to be.

For example, if you’re an older diver with health issues or previous injuries, you may want to set your computer to allow less time at depth and further reduce your risk of DCS.

If you’re diving in a lake at a high altitude, you’ll need to set your computer to altitude diving.

That’s because surfacing from a high altitude dive where the air pressure is less than at sea level increases your risk of DCS, and your computer can compensate for that.

Air integrated computers connect wirelessly to a transmitter on the regulator’s first stage, allowing you to see a digital readout of your air pressure.

If you dive nitrox, you’ll want to use a computer that has a nitrox mode.

The computer will use a different decompression model based on the reduced nitrogen in your gas tank, which allows you to stay a bit deeper for longer.

There actually isn’t harm in using a computer without nitrox mode, since the NDL when diving with air is more conservative, but you lose the benefit of longer no-stop times.

You might notice that the computer screen includes an airplane icon, or says “no fly” and a number.

It’s telling you the number of hours you should wait before flying. Since an airplane cabin has decreased air pressure, you can get DCS from flying too soon after diving – before all the dissolved nitrogen has left your body.

Some computers have a digital compass readout to help you navigate underwater.

This can replace the compass you would otherwise wear separately on your wrist or regulator gauge.

Some feature graphs of your dive profile and air consumption. Many can wirelessly connect to a phone or computer so you can download your dive data to an app so you can log the details later.

Actual tech diving computers will have different modes for gas blends and multiple tanks. Tech divers can breathe combinations of helium and other gases in many tanks to stay underwater longer.

I don’t recommend these computers for recreational diving because they’re unnecessarily complicated for most divers.

Just because you stay within the computer’s limits doesn’t mean you have no risk of DCS.

Unfortunately, any time you breathe pressurized air underwater, there is some risk. But following the computer’s recommendations greatly reduces it.

Dive computers are becoming more high-tech than ever with an abundance of features. In my opinion as an instructor, simpler is better.

Many times, divers show up on the boat with a brand new air-integrated tech diving computer and they have no idea how to use it.

This causes delays getting into the water as I try to help them figure it out and problems underwater when they suddenly realize they are not connected to the air monitor.

In my experience, the best computer is simply one that you know how to use.

Modern dive computers are a technological marvel with undeniable safety benefits. I always recommend that a computer is the first piece of personal equipment a diver needs.

No matter what anyone tells you, it’s not safe to dive without one.

Do you have a question about dive computers or something you would add? Leave a comment below! 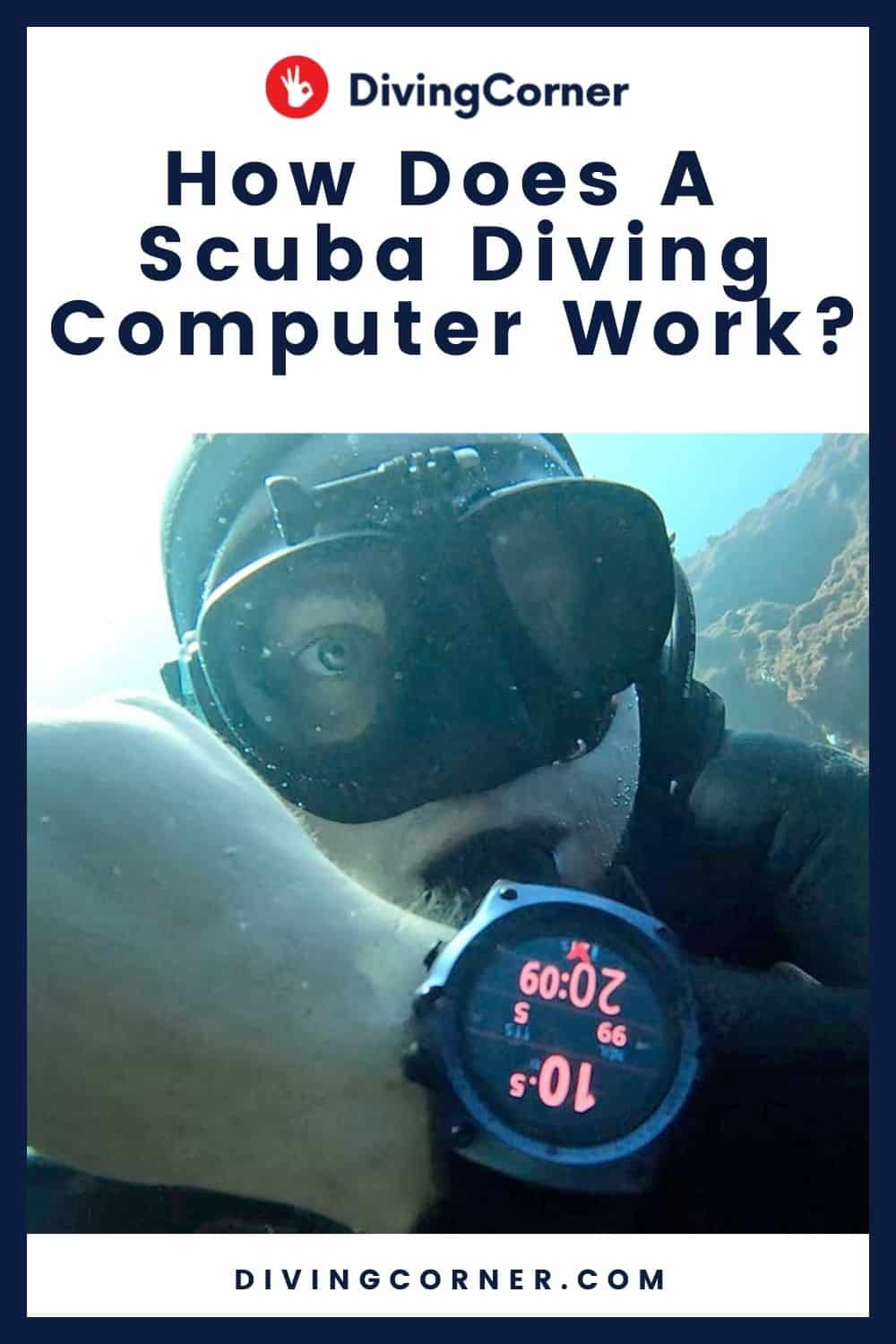